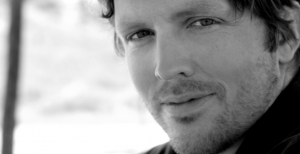 Since 1996 Lars Loehn has composed and produced the music for over 300 film productions including feature films like “Russendisco” (featuring Matthias Schweighöfer)or “Move On” (featuring Mads Mikkelsen), but also commercials, animation movies and documentaries. Productions featuring his work won a Golden Lion in Cannes as well as an EMMY Daytime-Award in 2008.

Ingo is a very dear friend and colleague and a specialist for big, orchestral music. For the past 20 years he has composed music for more than 400 feature films, series and TV productions. Ingo has been awarded with the Cannes Corporate Media Award for Megatrends, Best Music at the Lenola Festival, the Prize of he German Film Critics in 2011 and the Bavarian Filmprize in 2013. 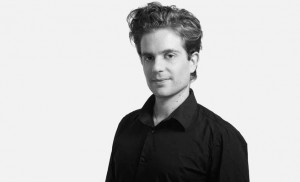 Felix took his first piano lessons at the age of five and his first composition lessons as a scholar of the Yamaha foundation at the age of ten. He studied Film Music at the HFF (Hochschule für Film und Fernsehen) Potsdam Babelsberg and Piano Studies at the University for Music and Theatre Hannover. Since 2007 he has composed music for about 50 feature-, TV-, documentary, and short films as well as commcercials. In 2010, he received the Jerry Goldsmith Award.

Claas started as composer for videogames and commercials in the middle of the 90s. He wrote and produced music for many video games including AAA-Titles that perceived number one console charts positions. Over the years, Claas composed and produced music for many type of media from tv-series, (cinematic) feature-films, games, documentaries, commercials, trailer and even for music boxes.

Jacob is a Danish musician, music producer and composer, based in Berlin. He studied sound design at UC SYD Denmark and has toured both as a hired gun playing guitar and bass and with his own bands and solo acts. Jacob is fluent in composing and producing authentic rock, singer songwriter and alternative pop music. Using his sound design background, he also creates cinematic musical products.

French born and raised Self taught musician and instrumentalist, playing with bands during 15 years which in he was composing, producing, arranging and being also a session musician apart, pushed Amaury naturally down the film scoring path. He composed and produced the music for over 100 productions, including commercials, feature film, short movies, animation tv series and documentaries. He won the bronze music adaptation at the London International Awards 2017.

Federico Coderoni is a music producer, composer and sound engineer. His sound libraries are entirely unique and he prides himself in creating original instrumentation which has not previously been heard by the human ear. Music is his preferred language to express chronicles with the world, and he pursues this cause with vigor, sharing his journey with those who feel inspired to join. 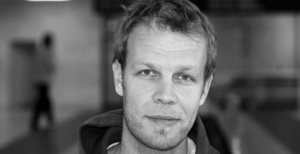 Carsten used to be a member of a band called 17 hippies and a versed musician and composer. He is an impressive multi instrumentalist: He knows how to play the bass as much as he know how to play the bluesharp, saz, musical saw and many other exotic string instruments. Apart from being able to whistle like a bird, he is specialized in eastern styles, sounds and crazy folk pieces à la Tom Waits, Manu Chao.

Niklas studied musicology and did an apprencticeship as a sound engineer at the SAE Berlin (School of Audio Engineering ). 2011 he was awarded with the German Film Prize sound design. His works include over 100 compositions and mixes for the area of TV/cinema production, short films, documentaries and corporate video.

Dmitri has been living in Berlin and working as a composer since 1995. Dmitri was awarded with the “Music State Prize” by Vladimir Putin in 2004. He has won the international “Competition of Electroacustic Music in Bourges” three times and was awarded with the Copenhagen Film Prize in 1992.

Eric is originally from Canada. After his work as a live- and studio musician in Montreal und Toronto, he moved to New York, where he played and recorded music with David Binney, Anthony Cox, Dave Douglas, John Stubefield and Slide Hampton. 1998 he moved to Berlin, where he soon played with people like Jocelyn B. Smith, Till Brönner, Rebekka Bakken, Helge Schneider, The Weather Girls and many other great names.

Sebastian Menge, born in 1983, studied audio engineering at the SAE Hamburg. After his studies he worked as a freelancer live sound engineer and sound designer for various productions. 2007 he was hired at one of the most renowned advertising sound studios in Germany and thus, moved to Berlin.

We are happy to assist.

Loading...
We use cookies to ensure that we give you the best experience on our website. If you continue to use this site we will assume that you are happy with it.OkRead more